The Fitness Workout That Powered The March Of Civilization 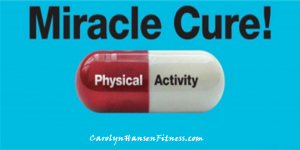 There aren’t too many secrets that remain in the world of fitness.

Least of all, those that still carry with them the power to seal the fate of an empire, a dynasty… even a modern day government.

Or for that matter, you dear reader.

I’m about to reveal for your benefit a little-known recipe for physical fitness, strength, and force.

One that has proven to be of such unhalting consequence that it has been passed along like a priceless scepter from one head of state to another for more than 25 centuries.

Countless millions of men who did not know this secret have forfeited their lives to those that did.

And immediately sent forth an edict to heads of the U.S. Army shortly after he was elected to office in the years that preceded the first World War.

Without exception, all officers and men of the army would execute long marches each summer month “sub sarcinis”.

Roosevelt’s order was not well-received.

About their athletic and barrel-chested commander-in-chief the officers muttered discontentedly among themselves out of earshot of the barracks.

In private, as they pondered the possible effect on company morale of the president’s change to basic fitness training, they clenched their teeth.

But they obeyed his command.

Now, it was by no accident that “Latin” was the language chosen to convey the defining characteristic of Roosevelt’s instruction to march the troops.

As part of their own fitness training more than two millenia earlier, soldiers of the Roman Army were similarly tasked.

To march a distance of 24 miles in 5 hours, while subject to the heat and dust of the Italian summer and the weight of a 70-pound satchel slung heavily across their back.

It was a grueling exercise that afforded the military men the almost super-human level of strength and endurance required to survive the life of a Roman legionary.

Not too many people today are likely to EVER be faced with the need to work up to this level of Army Tough!

Because while Mr. Roosevelt and the scores of top military men before him had not the faintest clue as to WHY this form of training worked so well to produce such powerful and able-bodied warriors, they did know that it worked, and worked tremendously well.

The secret that allowed the Romans to expand their empire for more than 1,000 years, and which can be harnessed today just as surely to catapult your own level of physical fitness and strength, is the “full body” workout.

Marching under the weight of a heavy load requires one to marshal almost ALL the muscles of the human body to complete the exercise.

Periodically stopping, unloading, resting for a short period, and then reloading to resume the march requires the use of the arms, the chest, the back, abdominals and legs.

Today we know that this is the FASTEST way to make your body respond to exercise.

Forget training the legs one day, your chest and arms another…

No. By stimulating your ENTIRE BODY during a single workout you trigger a cascade of biochemical processes that provide benefits you just will not get from training parts of your body in isolation.

* They simulate the production of more mitochondria, the sub-cellular powerhouses that store energy and release it in a sudden burst when the time is called to respond with strength!

* They stimulate the metabolism so that your body burns fat around the clock and not just while you are exercising.

* They get the heart pumping, a requisite to the strengthening that combats the high level of cardiovascular disease seen in the world today (and almost never in times of old!)

But perhaps the most wonderful aspect of the full-body workout is that you don’t have to train for 5 hours like the Roman’s did.

Not unless you want to add 40-50 pounds of muscle in a single year by devouring every scrap of food in sight to power your gains!

Not everybody aspires to the fabled power and muscularity of a legionary!

A full-body workout as short as just 10 minutes can produce real changes in both your body and your level of fitness in just a matter of weeks.

As a means to igniting your fat-burning machinery to produce a taut, lean, eye-turning torso it may be THE most effect approach to working out ever devised.

Simply that this training has never been known to produce much in the way of a fat warrior class!

But as good as all this sounds, there’s just one fly in the ointment when it comes to deriving the time savings of a 10-minute full-body workout…

The 60-90 minutes it takes you to drive to and from the gym!

Instead, you’ll want to work out from home.

Put in your 10 minutes every couple of days and spend the rest of your time getting done the things you really need to do with your day.

In fact it’s so convenient that fire-fighters, rescue workers, police, and military personnel including the U.S. Marine Corps and the U.S. Navy Seals, have made this a standard tool of their physical fitness regimen.

It’s known as the sandbag.

And it’s exactly what it sounds like (but with a few nifty modifications).

Remember those soldiers marching under the load of a heavy satchel?

The lifting and lowering, the work to maintain a steady balance, and the need to use all the muscles in your body to keep in control of the weighted bag?

With the addition of handles to make the job of lifting and pulling the bag a breeze, that’s the modern sandbag.

It is designed to perform the same function during a workout that a weighted sack did to allow history’s most able and feared military forces to keep themselves in fighting fit shape for the last 25 centuries!

10 minutes a day, 3-5 times a week, working out in the comfort of your own living room, garage, or even your backyard.

Because you can simply grab your sandbag by the handle, like you would a plain ol’ piece of luggage, and take it anywhere you want to go…

And that’s everything you really need to know.

I promised to reveal for you the secret to THE most effective form of fitness training and strength building that you are ever likely to come across – and now I have.

If you’d like to know more about how it can be made to work for you, then click the following link to learn more about the

For explosive workout strength and the kind of fat-burning results that make other approaches to exercising seem tame in comparison – this 10-minute strategy really can’t be beat!

About the Author: webmaster